So the Devil talks to YOU?

So the devil talks to you?

I had this conversation with someone. But lemme back up a bit.

Last week Monday, we had a prayer meeting at Kado estate. Afterwards, I was walking with my girl Mimi to a place where I could get a cab home easily. Recall that I am still new in Abuja and so I still need help every once in a while. Tz easy getting around though cos Abuja is more organized, relative to gidi that is. Anyways, a Church member graciously offers to give me a ride and so I hop in. He had some American preacher on his screen and we were enjoying the ambience and gisting. Naturally we gisted around the lines of how I have been enjoying Abuja and stuff. Amongst other things, I told him what happened to me yesterday (being sunday).

You see, I had spent the weekend with JMAD our starship and Somsom her ‘cousin’,

and Saturday was a bit of an intense day for me. Too many little things went wrong and I was just too happy to come home and burst into mini tears. The next day Sunday was LDM, Abuja and I knew I wouldn’t go home to return in the evening for LDM jare so I packed a double. In all the packing hoopla, I forgot to transfer money from the Saturday casual bag to the Sunday church bag. So all I had in the Sunday bag was some loose change totaling a grand sum of N140. I realized this only when I was going to give my offering and stuff. How come I didn’t realize it when I boarded a cab to chuch? That was ‘cos I had left home with Somsom who goes to COZA and she graciously paid for the whole trip to my church while she dropped at hers before me. I added the N100 cos the cab man didn’t have change and stuff so I had just N40 left. All the while, I didn’t realize I had no other money ooo. Now I usually have my offering, tithe and any other seed I am sowing in my bible a few days before church. That way I don’t start looking for loose change to drop on Sunday morning abeg. I take my offering very seriously. That day was no exception and so all I had was that. No money for both t.fare and to eat and I was going to get home no earlier than 9pm and it would cost me no less than 2K to do the necessary transport to my friend’s house where I would chill b4 the program, and also to the LDM venue gangan and then back home.

So at the point of packaging my offering, tithe and thanksgiving seed, the devil told me ‘Eziaha. You know you don’t have money for tfare so reduce the tithe and then pay it later’ I said err, nope. He said ‘OK pay tithe but you can save the seed for transport and give it next week’ I considered it for a minute and just decided WARRAHECK!!! God can provide for my transport jare lemme not mess with any of my money for God jare. So I dropped all that I had intended to drop.

(This is a real old picture. Happy to run into it)

So as I was gisting the guy who I would call Chuchu for now, the first thing he asked me was ‘So the Devil talks to you? Because he doesn’t talk to me ooo.’ For shizzle!!! I told him ‘Yes the devil talks to me just as he talks to everybody else.’ Heck, he even spoke to Jesus, tempting him. By talking, it doesn’t mean me and am pull seat, siddon dey yarn ooo. No time for that. He drops thoughts and ideas in our hearts and sometimes he speaks through people. (I am sure you know a few LOL).

Ah the devil is not just a silent one ooo. In fact I do think he is a talkative jare. If he stays silent, then how does he run the earth because he is the god of this natural world and he is working in the hearts of the children of disobedience (unbelievers)and speaking through them ooo. Some stupid people who are oblivious that the devil is speaking through them ooo LMHO 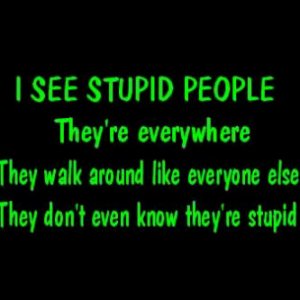 (i absolutely LOVVVVVVE this hahahahahaha)

I felt Chuchu said that to mean something like he is too holy for the devil to talk to him. AKUKO… But when I was done explaining to him, he understood better. The devil goes about talking rubbish, but thankfully God also talks and I have been trained to recognize his own voice too and so I can yield to Him alone.

Like I have heard Joyce Meyer say which I would attempt to paraphrase- we don’t have to be too conscious of the devil and his shenanigans and be all scared, but it would also be foolish to totally ignore the devil. Even the bible advises that we should not be ignorant of the devices of the enemy/devil. The deal is don’t pay him more mind than he deserves. Don’t start over giving him attention jare. But be aware of him jare and be on the offensive. Recently something happened in the life of my friend and she was so scared and I just laughed at the devil cos I was standing in the place of prayer with her and I already knew how the end would play out and so I told her ‘babes, let’s not magnify this thing more than normal jare and make the devil start feeling important.’ LUBBISH!!! And when that matter was over I told the devil, you sha know who to try. You know that you can’t try that absolute RUBBISH with me cos it can’t even work, OLODO!

And just incase you are wondering, yes I talk back to him sometimes, how else will I tell him to ‘GO TO HELL’. Sometimes I even stop and laugh at him. But most times, phew, I just ignore him, I just couldn’t be bothered. I am more interested in talking to my Lover Jesus and the Holy Spirit and all the angels that need to be sent on many assignments, one of which was asking them to organize my transport back home without sweating. And just incase you wanna know, someone dropped me off at Berger and paid for the cab that took me straight to the gate of my Jmad’s house. 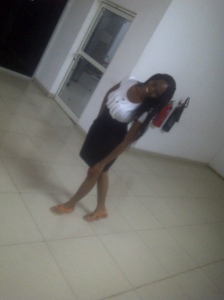 And lucky for me JMAD had coconut fried rice, vegetable salad and chicken waiting for me as dinner. JMAD is such a sweetheart. That’s why we call her STARSHIP… Muah… And nope baby, you are not a tadpole :p

(na wah ooo Three pictures in one post. i will charge you ooo)

And meanwhile you do realize that part of the devil’s wiles and antics for that situation would have been to make me hold back some of my seed, and then later he will tell me ‘ha ahn, but you dropped a part already na, who says you have to still drop again. Moreover you know that you need this money for so so and so’ and trust me, the devil would have arranged one stupid “so so and so” need that would make it tougher to drop the money at a later time.

My dear, please don’t even be ignorant of his devices jare and the fact that he talks.

PS; You know I always have a PS na. This time it is to tell you that I got a FREE VIP ticket for Comedy goes to church.

Yipeeeeeee!!! I was just staying my own jeje and the ticket jumped on my laps just like that hehehe. I am serious ooo, seriously. I am so rocking the show with my friend this sunday. WHAT!!! Did you just ask which show? D’uh… find details on the FAB Upcoming events segment on my blog and stop being a LASTma…

Come ooo. I’ma see ya there…

Previous Story
the RIGHT CONNECTIONS…
Next Story
…but we KNOW…

Living the CHRIST life on a FAB lane… 200stars

The PRICE of TRUE friendship… #ChinmaCHEECHAsogwo