Meanwhile, they had taken my booboo to neonatal to run some tests because he came out big.

Early the next morning, the matron/midwife on duty decided to move me. I was carried like an egg and instructed to keep my eyes permanently closed during the maybe 30m move. Yup it was that short a distance and according to her, I was passing out again. But we made it and I was carried to a bed where I could stretch leg thank God. Choi!!!
By day break, my fave doc was back on the rounds and he practically dragged me upstairs to go and bond with my baby and establish breastfeeding or ‘he will love his father more than you’ lol. God bless that doc. I did and I’m grateful I did. Seeing my baby and knowing he came outta me was a feeling that can’t be put in words. Like THIS is all mine???
I was discharged the next day with all the instructions but my baby was gonna be watched for 5days!!! Choi. Anyways last last, we left the hospital the next Monday afternoon just in time for the christening which was Tuesday. My head didn’t stop aching for like 2weeks!!! And I made sure to NOT allow visitors yet because I needed REST. Afterall, neither I nor the baby was running away.
Ije nwa… the journey to mommyhood. Tz not a small something ooo. I heard and saw sooooo many stories in those days I was in the hospital that I haven’t stopped thanking God. Was gonna name him ‘Chiwetel’ as his igbo name but when momsie brought her own ‘Somtochukwu’ I dumped mine. Cos truly, Oluwasemilore (God has done me well) so Somtochukwu (join me in praising God) When a woman enters the labour ward and comes out alive and with a baby IRRESPECTIVE of HOW she gave birth, please celebrate and thank God. I knew TWO ladies who did ANC with me who lost their babies. Too painful. Don’t open your dirty mouth and be asking ‘did she push or was it CS?’ That’s just plain stupid. I used to be like that. Not anymore. Any kinda delivery is a testimony. ANY!!!
Yesterday, we dedicated KingDaveed to our God forever.

When I think back on all I went through and how Chi’m saw me through, I komole’d, shoki’d, and did all kindsa dances.
I look at my baby daily and still don’t fully believe he is ALL MINE!!! Azzin nobody will come and take him away? 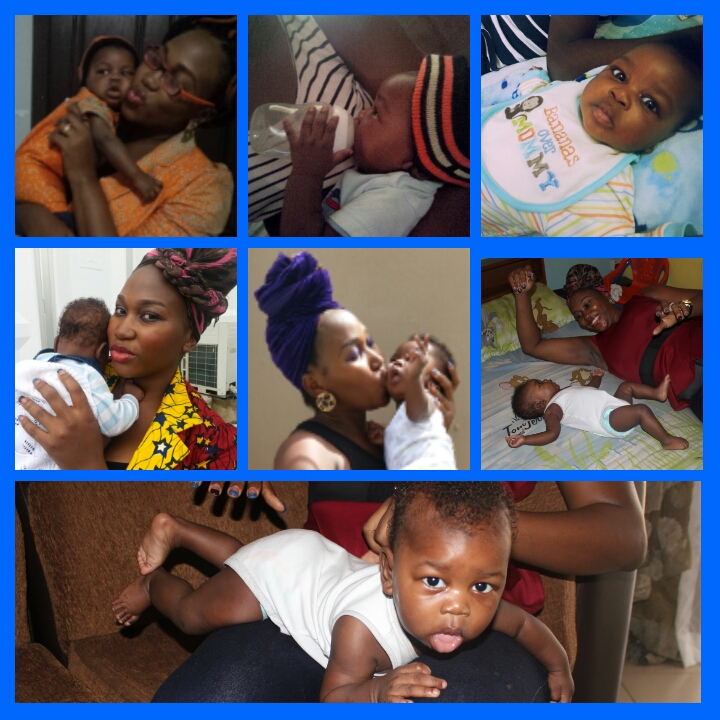 PS:
Look ehn, this story is NOT to scare anyone. You want it better, Hebrew style to the letter? You sure can have it. I just thought to share this with y’all plus I loved reading Heather Lindsey’s own. Btw, did you miss that rhyme? Better…Letter.
DonJazzy come get a sister!!!

PPS
Weekend bants will be up this week. Been mad busy with trips and events and all and I cannot coman goan kee myself biko. Tainzzz. Btw #3NITSP was #nowords. Plus I met some of my readers too yaaaaay. And some friends I see just once a year at WWW lol.
Have a blessed week err’one…

PPPS
My internet is crappy. Can’t attach much pictures and hyperlinks.  Will do that sometime this week so check again amd again.  Cos i have pictures to help my story. I am soooo upset o can’t add all the pictures.  Will try again soon and then re blog